There’s nothing sadder in this world than to awake Christmas morning and not be a child.”
~ Erma Bombeck (1927-1996), American author and humorist.

Gifts of time and love are surely the basic ingredients of a truly merry Christmas.”
~ Peg Bracken.

The earth has grown old with its burden of care But at Christmas it always is young, The heart of the jewel burns lustrous and fair And its soul full of music breaks the air, When the song of angels is sung.”
~ Phillips Brooks (1835-93), American Episcopal bishop, wrote ‘O Little Town of Bethlehem’.

Christmas! The very word brings joy to our hearts. No matter how we may dread the rush, the long Christmas lists for gifts and cards to be bought and given–when Christmas Day comes there is still the same warm feeling we had as children, the same warmth that enfolds our hearts and our homes.”
~ Joan Winmill Brown, American author and editor.

Remember, if Christmas isn’t found in your heart, you won’t find it under a tree.”
~ Charlotte Carpenter.

There are no strangers on Christmas Eve.”
~ Adele Comandini and Edward Sutherland. Michael O’Brien (Charles Winninger), Beyond Tomorrow, after proposing that the partners invite three strangers to dinner (1940).

To the American People: Christmas is not a time or a season but a state of mind. To cherish peace and good will, to be plenteous in mercy, is to have the real spirit of Christmas. If we think on these things, there will be born in us a Savior and over us will shine a star sending its gleam of hope to the world.”
~ Calvin Coolidge (1872-1933), American president. Presidential message (December 25, 1927).

Christmas, in its final essence, is for grown people who have forgotten what children know. Christmas is for whoever is old enough to have denied the unquenchable spirit of man.”
~ Margaret Cousins (1905- ), senior editor Doubleday Publishing Company.

Unless we make Christmas an occasion to share our blessings, all the snow in Alaska won’t make it ‘white’.”
~ Bing Crosby (1904-1977), American singer and film actor.

It is the personal thoughtfulness, the warm human awareness, the reaching out of the self to one’s fellow man that makes giving worthy of the Christmas spirit.”
~ Isabel Currier.

Something about an old-fashioned Christmas is hard to forget.”
~ Hugh Downs (1921- ), American newscaster.

They err who thinks Santa Claus comes down through the chimney; he really enters through the heart.”
~ Mrs. Paul M. Ell.

My first copies of Treasure Island and Huckleberry Finn still have some blue-spruce needles scattered in the pages. They smell of Christmas still.”
~ Charlton Heston (1923- ), American film actor.

It comes every year and will go on forever. And along with Christmas belong the keepsakes and the customs. Those humble, everyday things a mother clings to, and ponders, like Mary in the secret spaces of her heart.”
~ Marjorie Holmes, American writer.

My idea of Christmas, whether old-fashioned or modern, is very simple: loving others. Come to think of it, why do we have to wait for Christmas to do that?”
~ Bob Hope, American film actor and comedian.

When we recall Christmas past, we usually find that the simplest things – not the great occasions – give off the greatest glow of happiness.”
~ Bob Hope, American film actor and comedian.

Christmas is the season for kindling the fire of hospitality in the hall, the genial flame of charity in the heart.”
~ Washington Irving (1783-1859), American short-story writer and essayist.

The joy of brightening other lives, bearing each others’ burdens, easing other’s loads and supplanting empty hearts and lives with generous gifts becomes for us the magic of Christmas.”
~ W. C. Jones

A lovely thing about Christmas is that it’s compulsory, like a thunderstorm, and we all go through it together.”
~ Garrison Keillor (1942-), American author. ‘Exiles,’ Leaving Home (1987).

Were I a philosopher, I should write a philosophy of toys, showing that nothing else in life need to be taken seriously, and that Christmas Day in the company of children is one of the few occasions on which men become entirely alive.”
~ Robert Lynd (1892-1970), American sociologist.

Christmas Eve was a night of song that wrapped itself about you like a shawl. But it warmed more than your body. It warmed your heart…filled it, too, with melody that would last forever.”
~ Bess Streeter Aldrich (1881-1954), American author, ‘Song of Years’.

Christmas gift suggestions: To your enemy, forgiveness. To an opponent, tolerance. To a friend, your heart. To a customer, service. To all, charity. To every child, a good example. To yourself, respect.”
~ Oren Arnold

I sometimes think we expect too much of Christmas Day. We try to crowd into it the long arrears of kindliness and humanity of the whole year. As for me, I like to take my Christmas a little at a time, all through the year. And thus I drift along into the holidays–let them overtake me unexpectedly–waking up some fine morning and suddenly saying to myself: ‘Why this is Christmas Day!'”
~ Ray Stannard Baker, pseud. David Grayson (1870-1946), American author, journalist. 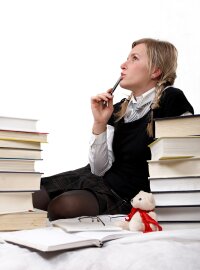 Blessed is the season which engages the whole world in a conspiracy of love.”
~ Hamilton Wright Mabie (1845-1916), American author, essayist and critic.

I wish we could put up some of the Christmas spirit in jars and open a jar of it every month.”
~ Harlan Miller

Christmas is the keeping-place for memories of our innocence.”
~ Joan Mills

Christmas is, of course, the time to be home – in heart as well as body.”
~ Garry Moore

What is Christmas? It is tenderness for the past, courage for the present, hope for the future. It is a fervent wish that every cup may overflow with blessings rich and eternal, and that every path may lead to peace.”
~ Agnes M. Pahro

Mankind is a great, an immense family… This is proved by what we feel in our hearts at Christmas.”
~ Pope John XXIII

One of the most glorious messes in the world is the mess created in the living room on Christmas day. Don’t clean it up too quickly.”
~ Andy Rooney (1919-), American writer, producer, humorist.

Christmas–that magic blanket that wraps itself about us, that something so intangible that it is like a fragrance. It may weave a spell of nostalgia. Christmas may be a day of feasting, or of prayer, but always it will be a day of remembrance–a day in which we think of everything we have ever loved.”
~ Augusta E. Rundell

Christmas is doing a little something extra for someone.”
~ Charles Schulz (1922-2000), American cartoonist ‘Peanuts’.

As long as we know in our hearts what Christmas ought to be, Christmas is.”
~ Eric Sevareid (1912-1992), American newscaster.

Christmas is a necessity. There has to be at least one day of the year to remind us that we’re here for something else besides ourselves.”
~ Eric Sevareid (1912-1992), American newscaster.

Christmas renews our youth by stirring our wonder. The capacity for wonder has been called our most pregnant human faculty, for in it are born our art, our science, our religion.”
~ Ralph Sockman (1889-1970), American religious leader.

He who has no Christmas in his heart will never find Christmas under a tree.”
~ Sunshine Magazine

Christmas is a day of meaning and traditions, a special day spent in the warm circle of family and friends.”
~ Margaret Thatcher (1925- ), English political leader.

Christmas is for children. But it is for grownups too. Even if it is a headache, a chore, and nightmare, it is a period of necessary defrosting of chill and hide-bound hearts.”
~ Lenora Mattingly Weber (1895-1971), American author.

Like snowflakes, my Christmas memories gather and dance – each beautiful, unique and too soon gone.”
~ Deborah Whipp (1964-), web designer.

Never worry about the size of your Christmas tree. In the eyes of children, they are all 30 feet tall.”
~ Larry Wilde, author ‘The Merry Book of Christmas’.

Which Christmas is the most vivid to me? It’s always the next Christmas.”
~ Joanne Woodward (1930- ), American film actress.