Christmas is not just all about partying and dancing; there are many other aspects to it. For instance, these days, more games and sports are preferred at parties. Though youngsters love to dine and dance, an element of games has now become necessary component of all parties. This helps create a competitive spirit among the partygoers. Such games, which involve everybody participating in the party, are referred to as Christmas party games. 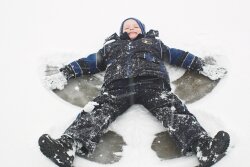 Let’s look at some of the Christmas party games. Assume you are organizing a Christmas party for the entire neighborhood. A game of treasure hunt is a perfect blend for such parties. A treasure hunt game requires a lot of preparation. The treasure could be a prize, not necessarily costly, something motivating. Remember, you are organizing the game to regale the participants not to give away prizes. You have to prepare adequate number of clues and leave marks on the ground to guide the players in treasure hunt. It requires at least one day’s full preparation. But restrict the game to the vicinity of the neighborhood. Normally, treasure hunt will be loved by one and all and any number of people can participate in it by forming teams.

Do not organize just one party for Christmas. Organize multiple games simultaneously to keep people occupied.


This is necessary to ensure that people who do not participate in the treasure hunt are kept occupied. As an alternative to treasure hunt, you can organize the musical chair game for the senior citizens. Another popular game for the senior citizens is breaking the pot. Place an empty mud pot in the center of a flat ground. Tie a ribbon around the participant to blind his / her vision. Let the participant turn 360 degree for several times. Then make the participant stand still. Hand over a stick in the hands of the participant and ask him / her to locate the pot. Place an interesting prize inside the pot. Any participant, who is successful in locating the pot blindfolded, will win the prize present inside the gift.

For kids, there are a plethora of games such as running race, frog race, skipping and hopping. Reward the winners with candies and cookies. Rewards encourage kids to take part in more number of games. You can also organize other interesting games like sack race and three-legged race for the kids. But ensure that there is paramedical staff nearby to attend to the participants of the games in case they injure themselves.