If you play host for a New Year’s party, it is always a good idea to make it extra colorful. That is most easily
done by thinking in themes. Here are some excellent themes for a Happy New Year:

1. James Bond-theme: The men must wear a suit or white tie and the women must dress as James Bond babes.
Obviously, the main drink of the evening is Vodka Martini (shaken, not stirred), and dinner includes stuffed (quails) eggs with caviar.

2. Bad taste party: You are allowed to be a bit unrestrained on New Year’s Eve, so why not try a bad taste party. Think about all the worst stuff you know when organizing a party: maybe 80’s clothes, country western music, Pisang Ambon drinks, and Tofu Dogs.

3. Las Vegas theme: Decorate with mirrors and flashing lights. Ask a couple of friends to play the roles of drinks girls and set the table for Craps, Black Jack, and Texas Hold’em Poker. If you want to go all the way through with the theme, you should also hire professional dealers.

4. Dinner for one theme: In many European countries, it is a tradition for TV stations to show the short
movie, ”Dinner for One” on New Year’s Eve. “Dinner for One” or ”The 90th Birthday”
as it is also called has been included in the Guinness Book of Records as the most frequently repeated TV production in
the world. If your guests are familiar with “Dinner for One”, it might be a great idea to turn this TV show
into a theme for your party. There must be curry soup, haddock, chicken, and fruit salad. Of course, the guests shall go under
the names: Miss Sophie, Sir Toby, Admiral von Schneider, Mr. Pomeroy, Mr. Winterbottom, and James. 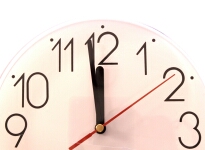 Most countries in the world use the so-called Gregorian calendar, which celebrates New Year for all cultures on December 31 at 12:00 midnight.

The Gregorian calendar came into existence in 1582 and was introduced in different countries with several hundred years interval. Over time, it determined January 1 as the civil New Year’s Day.

Concurrent with the Gregorian calendar, some cultures use different calendars and celebrate New Year on other dates. The ecclesiastical New Year’s Day, for example, falls on the 1st Sunday of Advent. In 1622, the papal authorities joined the decision that the year starts on January 1, before that year, it had been celebrated on March 25.

The Chinese New Year, also known as the Lunar New Year, occurs every year on the new moon of the first lunar month.

The Gregorian New Year (and all other days) first arrives each year on Kiritimati (Christmas Island), the eastern-most
island in the island nation of Kiribati in the central Pacific Ocean.