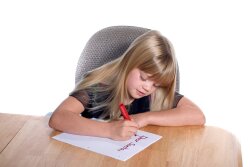 It is generally believed that Santa Claus’ home is located in the North Pole. And on Christmas, he arrives in his reindeer driven sledge to place gifts for children. After the day of Christmas, everybody wake up and rush to the Christmas tree. This is a most cherished moment especially for the kids. The gifts will be placed under the Christmas tree marked with a name of the recipient. It is generally believed that Santa Claus places these gifts overnight. To ensure that Santa Claus fetches gifts for the children, they should write him a letter at least one month ahead of the festival on what they want. This is the general practice in every Christmas family. The children will write a letter addressed to Santa Claus on the gifts they want. This is generally to ensure that the kids express their desire.