You’ll find Christmas-themed games by every developer, but which ones should you play?

It’s now become something of a tradition each year for the major slot developers to create a new Christmas-themed game. We’ve seen some great efforts from Pragmatic Play, Play’N’Go, NetEnt, and Max Win Gaming, to name but a few.

Some of these games are simple rebrandings of existing slots given a little sprinkling of Christmas magic, whereas others are entirely new slots created from the ground up for the festive season. More often than not though, when a developer does create a brand new game with a Christmas theme, they will re-use the math model and mechanics created for it to produce another slot later.

It’s useful to know this information as some developers only make their Christmas-themed games available over the festive season and if you really enjoy them and still want to play them during the rest of the year,

This game uses the same mechanics as Lady of Fortune which means a standard five-reel set up with fifteen pay lines. You do have the option of choosing how many lines you want to play if that’s your thing, which is a nice option to have and is becoming rarer these days for some reason.

The game has a theoretical RTP of 95.78% and is classed as medium volatility, but the jackpot is a little disappointing at just 833x your stake. If you’re looking for a game that could let you buy some extra Christmas presents with a little luck, this probably is a good choice.

Moving right along to the opposite end of the spectrum, Christmas Santa uses a 5×5 reel pattern, and any combination of matching symbols from left to right results in a win – a format known as pay ways rather than pay lines. The 5×5 array makes for 3,125 ways to win, but be warned the hit rate is low at just 33%.

The theoretical RTP of Christmas Santa is 96.22%, but the variance can only be classed as “frightening”, and for good reason – this game can potentially award up to 30,000x your stake when the 30x multiplier is activated during free spins! This one is definitely worth a look.

This is a very recent release and has just recently landed in the Unibet Casino Lobby, and we definitely suggest you head on over there and give it a try. It uses an unusual six-reel setup with five rows, and 20 pay lines spanning the play area.

The theoretical RTP is a generous 96.51% but the maximum win of 21,175x your stake is where Pragmatic Play really shows their Christmas spirit! You’ll need to score the top 100x multiplier to make such a win possible, but again like Secrets of Christmas, this is actually the maximum win from one single spin! This means it is possible to score more than one of these wins in a single bonus round.

Our pick of the Christmas slots, because it just seems to hit that sweet spot in terms of volatility and variance. It’s a standard five-reel game with 25 pay lines, though most of the RTP is tied up in the bonus round. This means you’ll want to be hitting the scatter symbols often, as this grants you ten free spins with the potential for several other benefits as well.

When the bonus begins you can select from several presents that add additional features such as multipliers, extra wild symbols, and even full wild reels to your free spins. The theoretical RTP is generous at 96.72% and the maximum win is 1,425x your stake. That doesn’t sound like the best, but if you get lucky with your present picking at the start of the feature it’s possible to hit this multiple times during a single bonus round! The biggest win on YouTube from this game Is a monstrous 4,694x stake – that’s definitely going to buy a few extra baubles to hang on your tree! 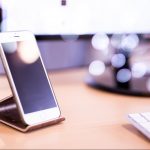 Ideas for adding Christmas spirit to your social media 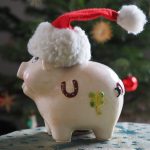 Saving for Christmas, or Investing for the future? 4 Rules for getting started with Crypocurrency 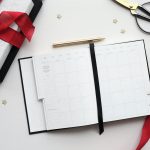 Get Prepared and Organized for Christmas