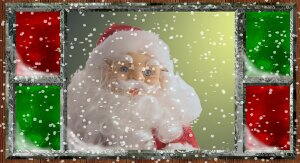 The BBC broadcasts a carol singing all over the world that is a symbol that Christmas celebrations have begun in the UK. On the Christmas Eve the entire family and the relatives gather to enjoy a wonderful dinner along with singing and dancing. There are different specialties prepared on the Christmas Eve in different parts of the world.

The Christmas Eve is also known as the Good Night in some parts and is celebrated by people enjoying party until midnight. After the party they open the gifts presented to them. The party is a get together of family and friends feasting on delicious meals and dancing and singing in merriment. The food prepared for the celebrations vary with the regions of the world. We can also relish on the desserts prepared from eggs, milk, almonds and honey. The Christmas Eve is a day you spend along with your loved ones enjoying the Christmas season.