Popular Christmas carols symbolize everything that Christmas stands for: They gather the family, bring joy, spread the word about Christmas, and make everyone feel the Christmas spirit. Try to hum the melody of “Jingle Bells”, and most people in the northern hemisphere will immediately imagine seeing snowflakes, angels, and Christmas bells.

Even if you are neither religious nor a regular churchgoer, you will surely remember fond childhood memories after hearing Christmas carols. 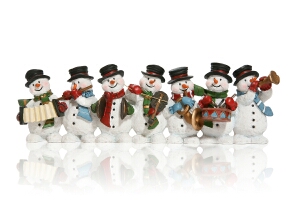 The world’s most widely known Xmas carol is ”Silent Night”, which is sung in many languages all over most of the globe. The song originates from Austria, but enjoyed great recognition as early as the First World War, when soldiers on each side of the frontline laid down their weapons on Christmas Eve and sung the carol, “Silent Night”, across no man’s land.

Searching through a list of popular Christmas carols, we also find ”O Come, All Ye Faithful”. The song is said to have a very long history, but the truth is, it most likely originated from the 1700’s and was written by John Francis Wade (1711 – 1786). The most popular version dates back to 1852 and goes like this:

Many people probably also think about modern songs like ”White Christmas”, when they think of Christmas carols. However, there is actually a difference between a “Christmas carol” and a “Christmas song”. Christmas carols can often be sung by a choir and usually have simple and straightforward rhythms. This is rarely the case for pop and rock songs, which often have more complex compositions.

Here are some examples of popular, modern Christmas carols and songs: 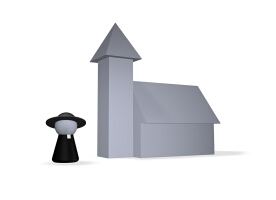 The history of Christmas Carols

The more pragmatic explanation is that the word, “carol”, comes from the Greek dance, “Choraulein”, which is accompanied by flutes. Later, the Frenchmen replaced the flutes with singing and named it, “caroller”, which means, “to dance around in a circle”.

The tradition of singing carols can be traced back to the monk, St. Francis of Assisi. He introduced the singing of carols in church ceremonies. Today, each country has its own traditions in connection with Christmas carols. In many places, people walk from house to house and sing at Xmas time; in other places, Christmas carols are sung in church.

Here is our top ten lists of christmas songs

Or are you looking for christmas carols texst? Go to Christmas lyrics

There is a distinction between a Christmas carol and a Christmas song. A Christmas Carol has a fairly rapid, regular beat, which would, therefore, exclude a meandering, crooning song such as “White Christmas”.

The world’s most famous Christmas carol is “Silent night”.

“Jingle Bells” was originally named, “One-Horse Open Sleigh”, and was written for Thanksgiving, not for Christmas.

Charles Dickens’s story, “A Christmas Carol”, is the world’s most read Christmas story.

In 2003, the Austrian Trade Union Federation, representing 100,000 workers, claimed that the non-stop playing of Christmas carols in shopping malls was “psychological terror”.