Origin of the Nativity Scene

What is a Nativity Scene and Why is it Displayed?

In most Christian homes, somewhere near the Christmas tree, you will find a nativity scene, also known as a crèche. The nativity scene is truly more representative of Christmas than a tree or other decorations, for this is the scene that depicts the birth of Jesus and His birth is the true meaning of Christmas.

Nativity scenes are displays using religious figurines which represent the infant Jesus, His mother, Mary, and her husband, Joseph. The infant Jesus is always placed in a manger. Other figures, such as angels, shepherds and animals are sometimes included along with statues of a donkey and ox. Some denominations include the Magi and their camels as described in the Gospel of Matthew (Matthew 2:1-12).

The scene signifies the story of Jesus’ birth as told in the Gospel of Luke (Luke 2:1-20).

Christians display a nativity to show their devotion to Jesus and honor His birth.

Nativities are displayed in churches, religious organizations, outdoor Christmas displays and in some commercial places but they have not escaped dispute. In the United States, their display on public lands or in public buildings has triggered court challenges.

Where and When did Displaying the Nativity Begin?

The first live nativity scene is attributed to Saint Francis of Assisi in 1223.  Saint Francis, who had been to the Holy Lands, was greatly moved when shown Jesus’s traditional birthplace and wanted to promote the worship of Christ. He was given permission from Pope Honorious III to set up a manger with hay and two live animals, an ox, and a donkey, in a cave in the Italian village of Grecio. It is written that he told a friend, “I want to do something that will recall the memory of that Child who was born in Bethlehem, to see with bodily eyes the inconveniences of his infancy, how he lay in the manger, and how the ox and ass stood by.” Saint Francis was so overpowered by his love for Jesus that he couldn’t speak His name.

It is also said that Saint Francis, who was completely devoted to the virtue of poverty, was inspired to recreate the original nativity scene to illustrate and, hopefully, overcome the widespread greed and materialism prevalent at that time in Italy.

Saint Bonaventure, who wrote the first biography of Saint Francis, told that the hay used by him miraculously acquired the power to cure local cattle diseases and plagues.

The nativity scene became popular and soon was displayed throughout Catholic countries.

The Future and Popularity of the Crèche

Early nativity scenes were inspired more from religious art than from Sacred Scripture.

As the popularity of nativity scenes spread, different areas took on different artistic features. As an example, the Santons or “Little Saint” hand painted terracotta figurines were created in the Provence region of southeastern France during the French Revolution when churches were forcibly closed and large nativity scenes were prohibited. In 20th and 21st century America, nativity figurines became associated with vulgarity rather than piety and included nonreligious figures like snowmen and rubber ducks as the main characters.

In southern Germany and Austria figurines were hand cut wood.

It really does not matter what style is chosen. The importance lies in the reverence with which it is displayed and devotion to the birth of Jesus.  After all, His birth is the true meaning of Christmas. 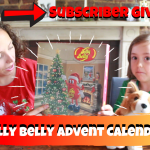 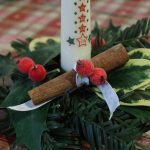 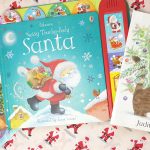