Featured Guest December 21, 2019 A Multicultural Christmas Celebration with My Dreamality2019-12-12T13:52:57+00:00 Christmas Around the World, Christmas Traditions No Comment

Christmas is the most wonderful time of the year, they say. Well, it is, but only once the stress of preparing for it is over and it’s time to enjoy oneself! That’s what I find anyway – I’m not one to revel too much in the pre-Christmas rush. But what I can say is that in our family, Christmas is a lot more than gifts and turkey – wonderful though gifts and turkey can be!

I’m very fortunate to have a very multicultural immediate family and Christmas is a time when all the benefits that this brings come together. I am from the U.S and of Mexican heritage. I was the first U.S born baby in my family and was raised in Texas. My husband is from Gibraltar, so he’s British. But like me, grew up in a bi-lingual English/Spanish family as Gibraltar is located at the southern tip of Spain and shares much of its culture and language with Spain.

Moving on down the family tree, I have 3 beautiful step-children who are half-British and half-Japanese. They live in England but very Japan-savvy as well as being lucky to spend time in Gibraltar during holidays. So basically, we are are hotpot of different languages, culture and most importantly – food!

I like to think that as well as being wonderful, Christmas in our family is, as you can imagine, the most delicious time of the year! In fact, it can be difficult for agreement to be reached on what we are going to make for when. Especially as my step-daughters get bigger and have more of a say in the kitchen than they used to.

Christmas Eve in our house usually starts with prepping a few different recipes for the dining table. We try to focus on dishes that are traditional to Mexico, Japan and Spain. Plus we eat tapas-style so we can also watch a good Christmas movie or even play a board game like monopoly.

My favourite Christmas Eve dish is tamales, which are quite time-consuming to make but are simply delicious. My other half loves to make a thick, tasty Tortilla de Patatas (Spanish omelette basically). We always prepare Sushi rolls, which the kids in particular really enjoy making with rice, avocado, cucumber, tuna, crab, salmon and prawns – not forgetting Japanese soy sauce of course. For dessert we will have Spanish sweets like Turron and Roscos. 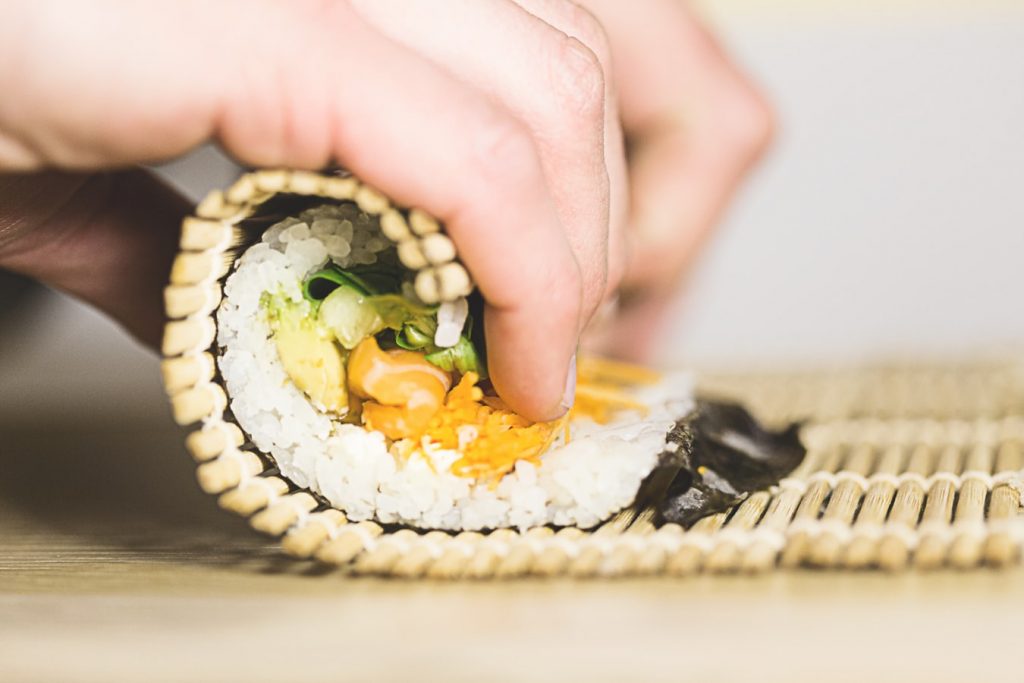 We tend to eat about 8 pm and let the kids stay up late. In Mexican and Spanish culture, Christmas Eve, known as Nochebuena (literally “the good night”) is as important as Christmas Day. So we try to maximise our family time on Christmas Eve to really bond as a family so that the evening doesn’t all become about getting excited over Santa and the presents.

The late night means that we start a bit later than most on Christmas Day (about 9 am usually) and don’t have our Christmas meal until about 4 pm. We’ll open the Christmas gifts and then the kids will play and chill while munching on Christmas eve leftovers. I get the turkey and all the trimmings going about 11 am – turkey and stuffing, sprouts, carrots, roast potatoes and Yorkshire puddings followed by Christmas pudding and custard. 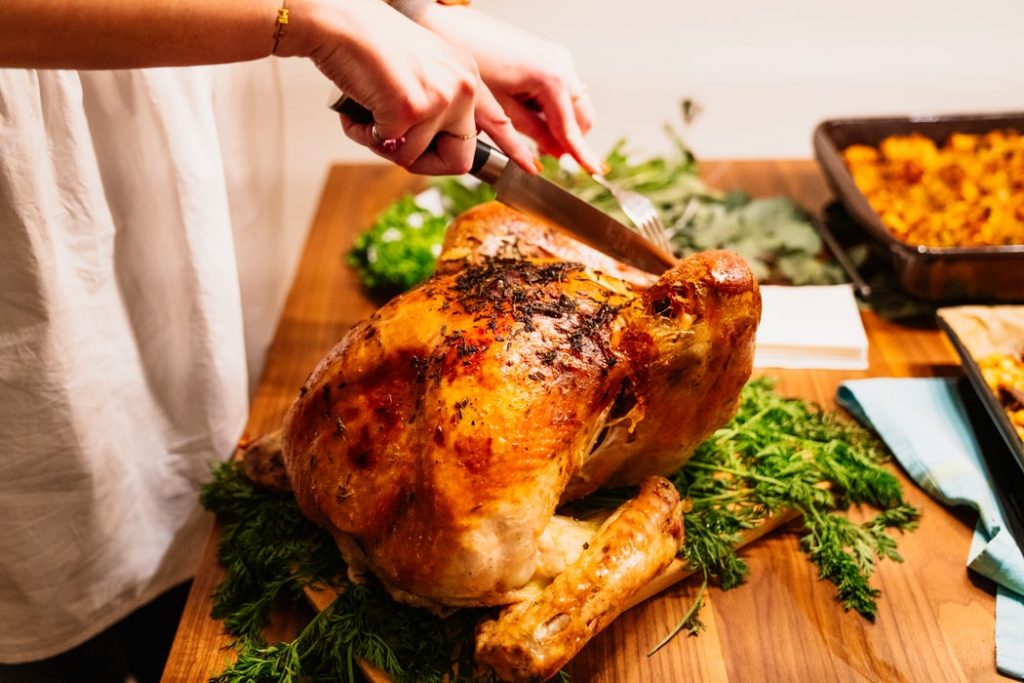 So Christmas day itself is a pretty Anglo affair with the caveat that (a) we don’t watch the Queen’s speech and (b) we put some 1 pound coins in the Christmas pudding before serving it – don’t ask me why as all I know is that it’s some kind of Gibraltarian tradition. And yes, it’s random and we do wash the coins before putting them in!

Christmas night usually becomes a bit of a chocolate-munching fest which requires no further explanation as chocolate obviously transcends culture. And from then on, Christmas is all about relaxing, sleeping and eating leftovers.

Being from the States, Boxing Day has been quite a revelation to me and I now consider an important part of Christmas. It’s not that we do anything special on Boxing Day but I love the “downtime” feeling it creates. We usually just go to the cinema and then make a couple of different things to eat with leftovers, like burritos or even Mexican turkey chili. 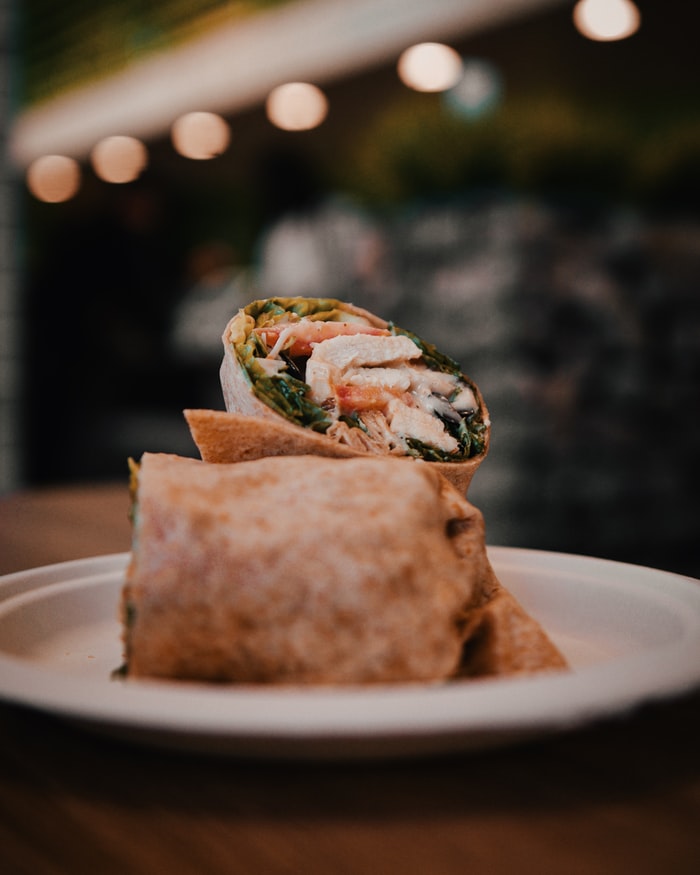 So there it is, Christmas “My Dreamality” style. Hope you enjoyed it and don’t forget to check out my blog! 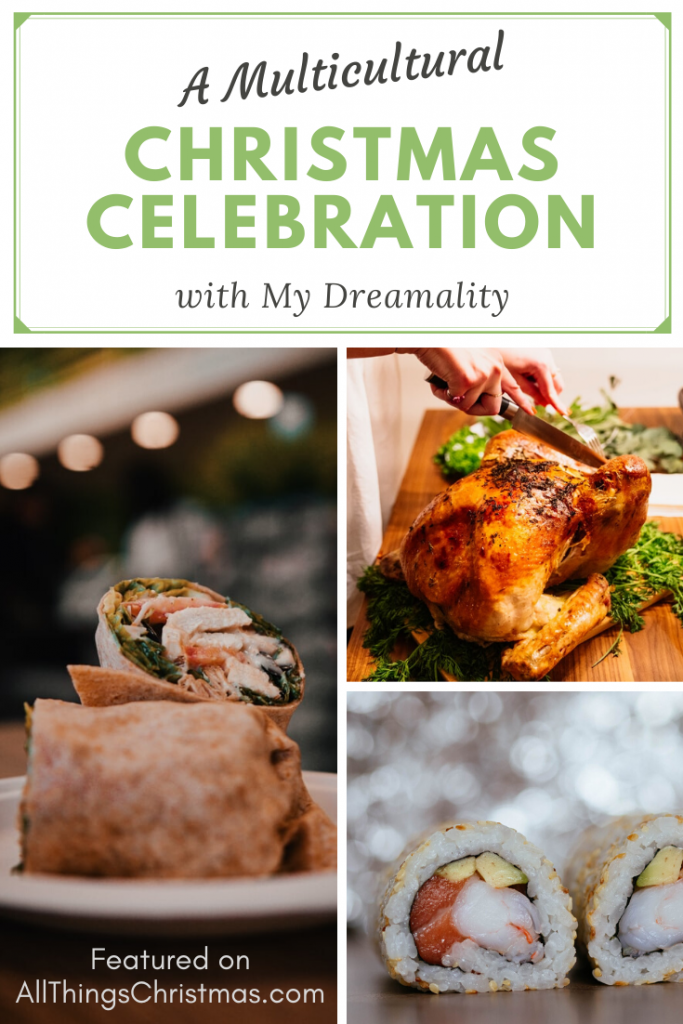