I grew up in a Christmas loving household – my Mum has so many decorations, she’s one step away from a Channel 4 documentary. So I’ve always been keen on keeping the Christmas meal fairly traditional – turkey with all the trimmings (yes, even including the sprouts that no-one actually likes).

It’s only since I’ve had my own children that I’ve realised just how much work goes into making what is essentially a ginormous blinged up Sunday roast – the kids don’t want to eat half the vegetables and once you’ve spent about 7 hours cooking it, you don’t really want to eat it either.

So I finally decided to start moving away from tradition, and I’ve never looked back! Christmas is all about family time and making memories, so don’t stick to what you know just because you feel you have to – think about what your family enjoy and start making your own traditions! 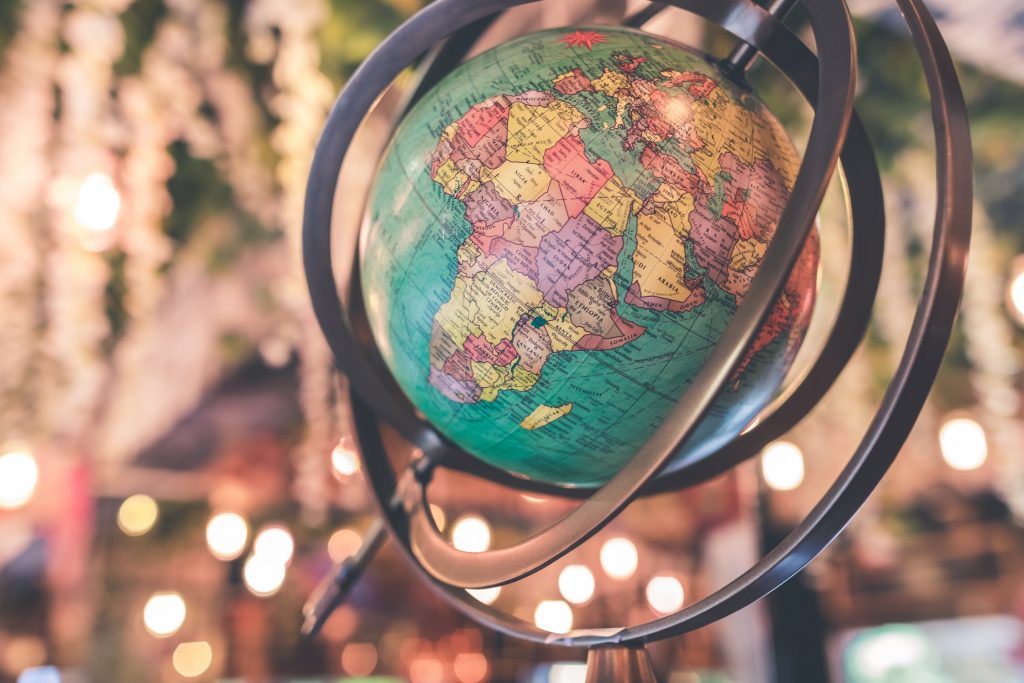 To help get you started, here are some of my own favourite food traditions from around the world to get those juices flowing and inspire you to get creative this festive season.

Christmas in Australia comes right in the middle of summer, when it’s incredibly hot – Santa can be found in board shorts instead of a fur-lined suit, happily accompanied by a kangaroo, swapping a nip of brandy for a nice frosty beer. So whilst some do still enjoy a traditional British turkey dinner, many opt for a BBQ. Seafood, particularly prawns and lobster, are really popular – is there anything more Australian than throwing a shrimp on the barbie?! 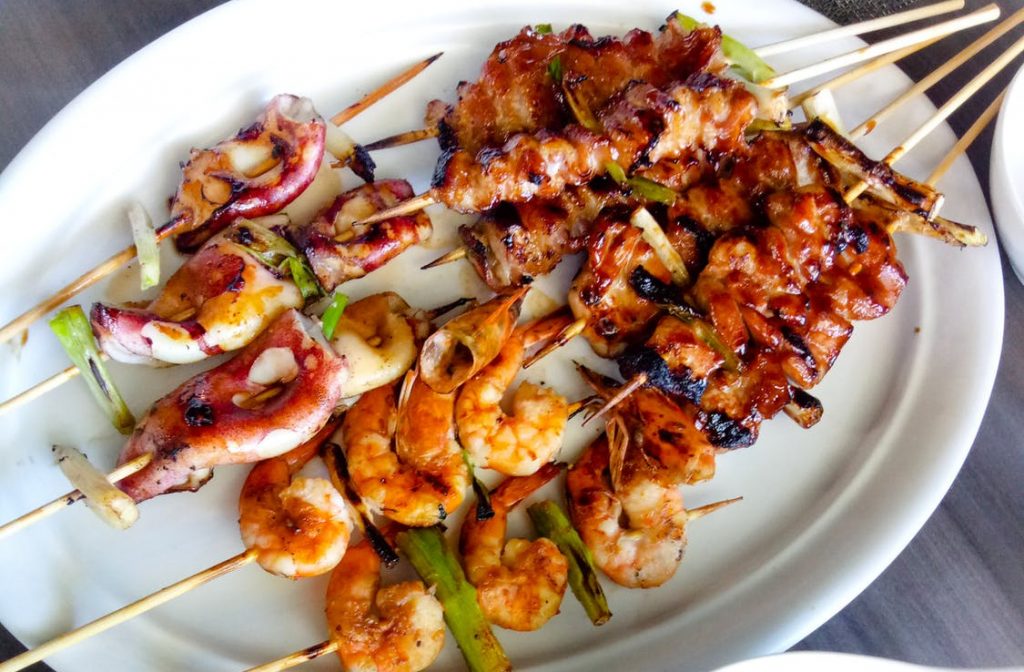 OK, so we won’t be able to get out into the garden for a BBQ at an English Christmas, but we can still grill indoors. A gorgeous grilled lobster with a lighter selection of sides would be certain to impress your guests, or if you’re like me and sadly your Christmas budget doesn’t stretch to lobster, grilled prawns would make a lovely summery, Australian-inspired addition to a festive buffet.

In recent years, the Christmas turkey has become more common, likely influenced by popular western culture. However traditionally, it’s pork that would be the centre of the festive banquet, from a whole roast pig to a pork stew. In my own home, I often make pork belly or shoulder on Christmas day as it can be left to slow cook at a low temperature and is so flavoursome – not to mention that crispy crackling is a real people pleaser!

A Greek Christmas meal is traditionally served with stuffed cabbage leaves and a variety of sweet treats including Baklava, Kourabiedes (buttered almond cookies with powdered sugar) and Melomakarona (honey cookies with walnuts). 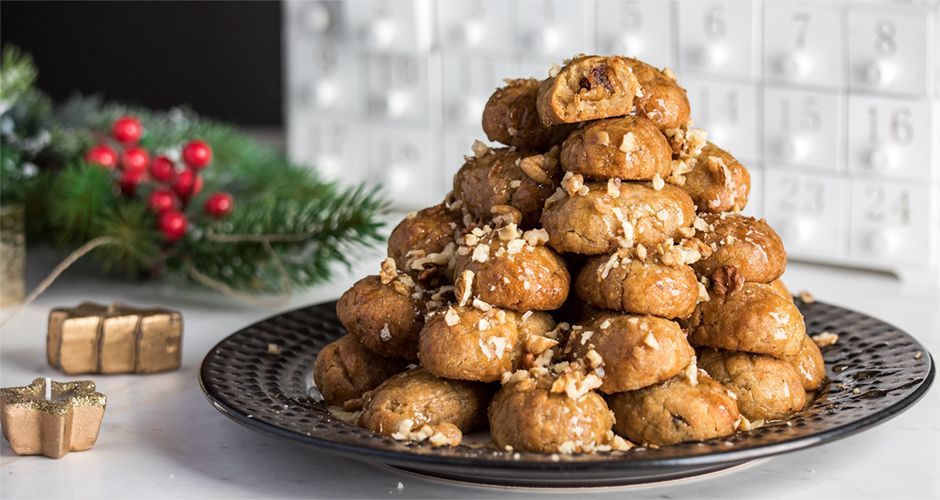 And the crowning glory is Christopsomo (or Christ’s bread) which, similar to a hot cross bun at Easter, is often decorated with a cross or ‘X’ (the first letter of the Greek word for Christ). Made with raisins, aniseed and nuts and served drizzled with honey, this would make a lovely alternative to a Christmas cake if you’re a festive baker. If you’re not religious, you could try decorating it with holly leaves, or simply with fruit and nuts.

Japan isn’t a Christian country, so Christmas is not a religious holiday, but the Japanese still celebrate with Christmas markets, trees and illuminations just as many other countries do across the world. And running alongside these recognisable Christmas traditions, there are some great unique ones too.

Read more about the Christmas Traditions of Japan

Firstly – KFC! Yes, you read that right! The story goes that back in the 70’s, a group of tourists were overheard talking about how they were desperate to get turkey for Christmas but, unable to find one, ended up with a KFC. A year or two later, the story spawned a hugely successful ad campaign, “Kurisumasu ni wa kentakkii!” (Kentucky for Christmas!), and it stuck – it’s now estimated that over 3.5 million Japanese families enjoy Kentucky Fried Chicken on Christmas Day and demand is so high, it’s ordered weeks in advance – just like turkeys here! I’m not sure I’d recommend KFC for Christmas here – there might be an uproar! – but it could work a treat for your Boxing Day hangover…

And a Japanese Christmas wouldn’t be complete without Christmas cake – only it’s not a heavy fruit cake, it’s more like a Victoria sponge with white frosting and strawberries (what Americans might call a Strawberry Shortcake) and often decorated with traditional Christmas decorations. I don’t know about you, but I’d much prefer a slice of light, fruity sponge after a hefty Christmas dinner (I know my children certainly would!) and it’s so much quicker and easier to make.

Ethiopia still follows the ancient Julian calendar, so their Christmas falls later, on January 7 instead of December 25. Celebrated after 43 days of fasting the special day, called Ganna, brings a delicious – and much-anticipated – feast. Ethiopian families enjoy traditional dish Wat, a thick, spicy stew of meat, vegetables and sometimes eggs, served on Injera, a flat sourdough bread. Much like using a naan or chapati with a curry, pieces of injera are used to scoop up the wat.

This is something I think we can all be inspired by this year. Christmas Eve tends to be a busy day with plenty of last minute preparations, so popping some lovely meat, veg and spices into a slow cooker or heavy set pot on a really low heat in the oven in the morning, means that you’d have your own take on a delicious wat by the evening, and it’s pretty much cooked itself. Or how about Boxing Day turkey wat – a new and delicious way to use up all those leftovers.

Although the majority of Indonesians are Muslim, about 10% (approx 20 million people) are Christian, meaning Christmas is still widely celebrated. It features a whole host of traditional foods that have their own regional variations, and some of which also have noticeable European influences. Chicken or fish with rica-rica, a spicy sambal, served with onions, cucumber and lime is popular, as is Jaha or Lemang rice, made with coconut milk and an array of herbs and spices, cooked in banana-leaf wrapped bamboo stalks. 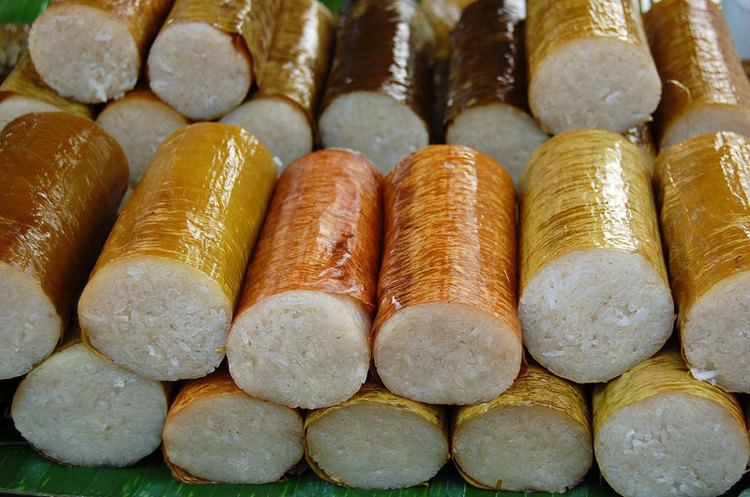 Originating from the Dutch colonial period, dishes such as Klappertaart and Sup Brenebon (Kidney Bean Soup) are also must-have dishes during Christmas in Indonesia.

Although the spicy flavours synonymous with Indonesian food might not be to all of your guests tastes this Christmas the soup, made up of red kidney beans and meat, would make a fabulous starter to complement your meal as it’s typically seasoned with pepper, cloves and nutmeg, flavours we already associate with the festive season here in the west.

I hope this snapshot of Christmas food traditions across the world has tantalised your taste buds and you feel inspired to try something new this festive season. Let us know below, we’d love to hear your thoughts! 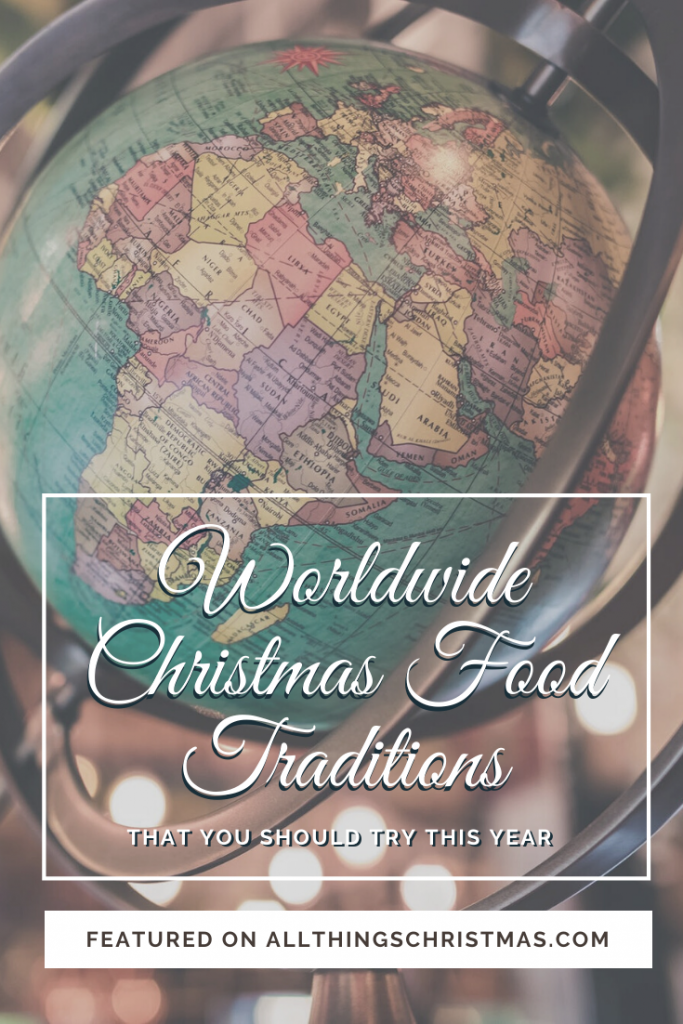 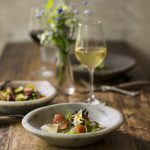